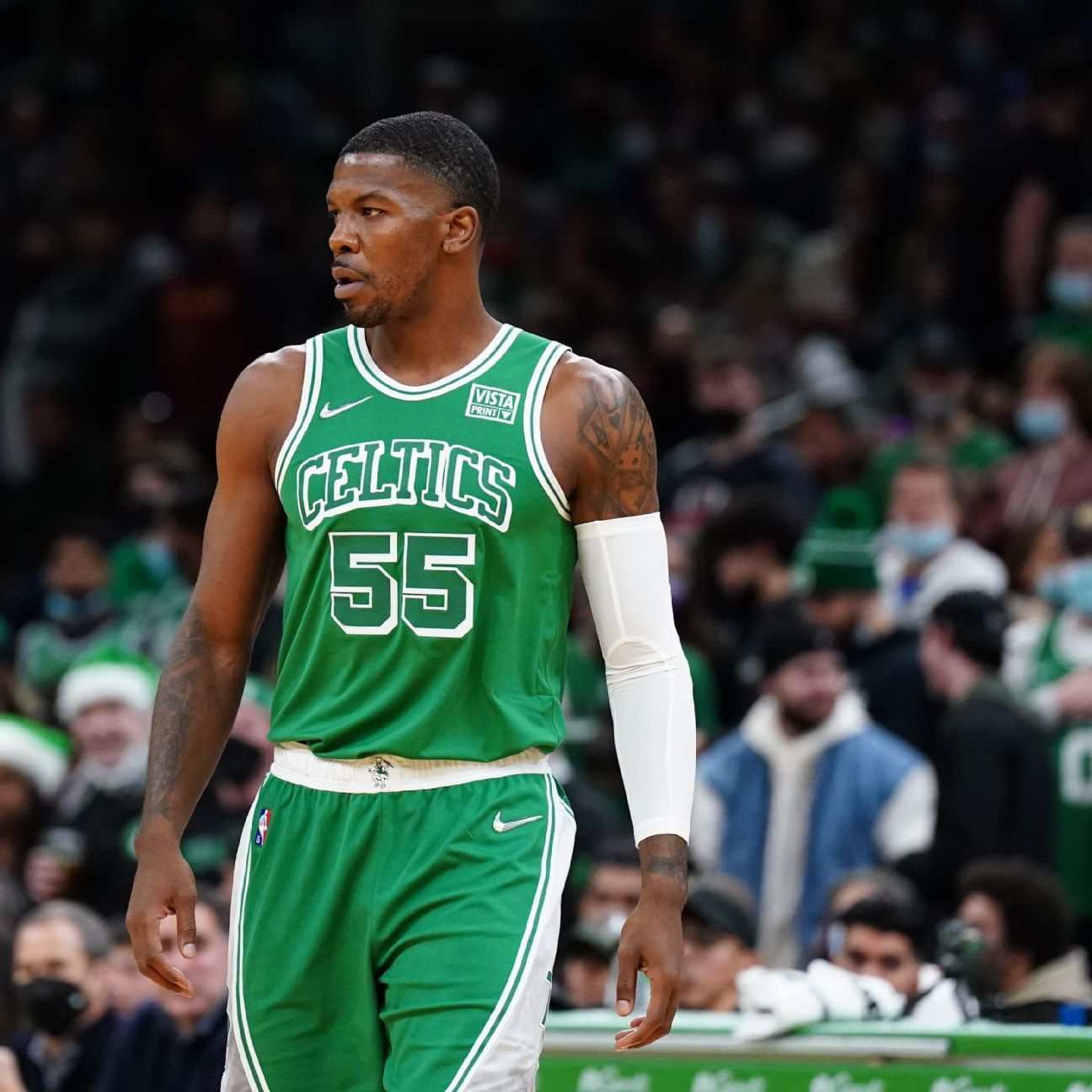 BOSTON — It’s been 20 years since Joe Johnson made an NBA debut, but he still knows how to score in isolation.

Johnson, who earned the nickname “Iso Joe” for his scoring prowess in those situations over the course of his long and decorated NBA career, scored the final points of Boston’s 111-101 victory over the Cleveland Cavaliers in fitting fashion: by burying an isolation jumper over the outstretched arm of Cavaliers forward Justin Anderson.

“We know what he is,” Celtics coach Ime Udoka said. “Everybody said it as they walked in [the locker room]: ‘Joe’s a bucket.’ That’s what he is and he’s always been, and so that’s not gonna change.”

The shot wrapped up what had been a wild 24 hours or so for Johnson, who at 40 years old became the second-oldest player in the NBA — behind Miami Heat big man Udonis Haslem — and is the only current NBA player who played against Michael Jordan.

He also, by returning to the Celtics almost 20 years after the team that took him 10th overall in the 2001 NBA Draft traded him away a few months into his rookie year, set a new record for time between games with the same team, as his 19 years and 308 days between appearances shatters the previous record of 14 years and 331 days, which was set by Lakers center James Edwards.

“It’s amazing to be back here 20 years later,” Johnson said. “It’s still surreal to me.”

Johnson is one of many players who have gotten opportunities to return to the NBA over the past week as the league has been ravaged by the omicron variant of COVID-19. With so many teams being severely depleted by players testing positive for the virus, the NBA has relaxed the rules governing signing replacement players via hardship waivers to ensure teams have enough bodies to play.

Johnson has been back in his hometown of Little Rock, Arkansas, working out with his 14-year-old son, who is playing high school ball there, wondering if he was going to get another shot at playing in an NBA game. Since being cut at the end of training camp by the Detroit Pistons in 2019, Johnson has been out of the NBA completely.

And while he has been on the court since then — he has won two Big3 titles, and played in the AmeriCup for Team USA this past February — Johnson admitted he wasn’t optimistic that someone was going to give him another chance to extend his NBA career.

“I wouldn’t say give up, but I didn’t have high hopes,” Johnson said. “My son’s 14, so he keeps me in the gym. We work and work and work, and I always talk to him [and say], ‘Just work. Even when you can’t see what’s next, you just gotta continue to work.'”

It turned out that the flood of replacement players coming back into the NBA allowed Johnson to get another shot. He was sitting with his 8-year-old daughter Tuesday when he got a call from his agent, Jeff Schwartz from Excel Sports Management.

Schwartz told him to be ready, and that he might get a call to join the Celtics. Less than an hour later, he’d gotten said call — and was told to be on a flight about three hours later to get to Boston.

“It was a no-brainer for me,” Johnson said. “I’m a guy who really takes care of his body. I’m in pretty good shape. So I felt like I was ready to take on that challenge.

“So [my agent] asked me what I thought, and we just kept moving. I’m ready for whatever comes my way.”

Udoka downplayed expectations before the game, saying the goal in signing veterans like Johnson and Miles was to have veteran experience on the bench, and to continue playing the team’s young rotation players, such as Payton Pritchard, Aaron Nesmith and Romeo Langford, while Boston is dealing with several COVID-19 absences.

But with 1:57 remaining in the fourth quarter, Udoka — after being serenaded with “We Want Joe” chants from the TD Garden crowd, inspired a standing ovation by sending Johnson to the scorer’s table, giving him his first NBA appearance since playing a few minutes in Game 7 of the 2018 Western Conference Finals for the Houston Rockets.

“I heard them obviously,” Udoka said. “I would have liked to get him in sooner, except the lead got down to 12 or so, but that was the plan to get those guys some run, if possible.”

Even after three years away, however, Johnson looked like he did throughout his NBA career when he got onto the court. He looked to be in terrific condition, as he said he has been working out with his son and continues to do the hot yoga sessions that he was doing even in the prime of his career with the Atlanta Hawks and Brooklyn Nets.

“He’s still got a lot in the tank if you ask me,” said Jaylen Brown, who scored 34 points to lead Boston and grew up in Atlanta watching Johnson star for the Hawks. “I’ve watched him in the Big 3, I’ve watched him before that, and I watched him growing up and he still look like he’s got something left in the tank so I’m happy to have him on board, to hear his voice, his advice … I think it’s great.”

After spending a couple possessions deferring to the other players on the court, the Celtics ensured Johnson would have it on what turned out to be Boston’s final possession of the game. Johnson used a screen from center Bruno Fernando, snaked to his left, got Anderson onto his left hip and, like he had so many times before, rose up and let it fly with a high-arcing midrange jumper.

And, like he had so many times before, the shot softly fell straight through the basket, setting off raucous celebrations that would’ve been mistaken for it being a game-winner.

It was a fun moment in an otherwise drab game between two teams dealing with several absences due to COVID-19 amid a chaotic moment across the NBA. For Joe Johnson, though, it was another chance at extending his NBA career — one that, regardless of how it presented itself, he was thrilled to get placed in front of him.

“It is kind of surreal, to have them chanting my name like that, and obviously come out and us get the win first and foremost, but to come in the game and be somewhat effective, that’s fun,” Johnson said. “At my age, man, you just try to relish every moment, enjoy the process and live in the moment.

“That’s kind of what I’m doing right now, just living in the moment. And it’s fun.”